This is probably the first week where I have really felt like I’ve struggled to take creative photos for this project, not sure why, but I think it was because I had waited to try something different.

I was waiting for the delivery of some step-down rings for my 77mm B+W 10 stop ND filter. I wanted to attach the 10 stop filter to my 70-200mm lens, which has a 67mm thread, and step down rings are cheaper than a 67mm filter. I see more long exposure photo opportunities around me that can taken with a long lens than I do similar opportunities with a wide-angle lens. This is pretty much a newly adopted approach for most of my current photography – filling the frame with a distinct subject instead of trying to capture a panoramic vista, which usually has no distinct graphic content or subject. I see many good wide-angle photographs, but many of them rely heavily on vibrant colour than they do on any real composition, such as sunsets.

Monday started off well, I climbed up the stack at the South Head Quarry and took some shots. You get such an amazing view of Wick Bay from up there, taking in the old RNLI Lifeboat shed and slipway, Stevenson’s Breakwater and the South Pier. You also get a nice view out over the South Head and across to Proudfoot. It’s a great viewpoint.

Tuesday I went for a walk down the town and decided to go for a wander into the Old Parish Church cemetery. Always an interesting place to have a wander through with its ancient graves and mausoleums. I was really disappointed to see a pile of empty cheap cider bottles and super-strength lager cans strewn all over  a corner of the cemetery. These graves are old, and dead people don’t care about what’s going on above them, but if there’s something I can’t stand  it is grave desecration, and that what that sort of ignorant disregard for anything is. Unfortunately old graveyards are quiet places, and they present dickheads with an opportune place to get wasted, complete with gravestones for seating – if only malevolent ghosts existed!

Wednesday evening was nice and sunny, so I went to the South Head (as usual) and spotted some interesting shadows and light coming through the supports for the old Lifeboat slipway. That was a particularly difficult exposure because of the intense sunlight and shadow, but I like that sort of deal and came away with a photo of the South Pier framed by the outline of slipway supports, with the red sunlight of pre-sunset casting shadows.

Thursday was very much a “meh” affair, wandered for the best part of an hour and then ventured up Green Road and decided to photograph the old slaughterhouse from the gate. I have since learned that it was built in 1919 and referred to locally as “The Killing House”, talk about doing what it says on the tin! The business name for it was even better; Wick Slaughterhouse Co. Ltd.

It’s such a depressing looking building. I can remember walking past it when I worked in Wick and seeing cattle and sheep penned in at the front of the building. Knowing what was going to happen to them, when they didn’t, always made me feel a twinge of sadness and guilt.

Friday was a day that started off with some nasty rain and a thunder-storm. That thunder and lightning had been in the post for a while now, as it has been warm and muggy here for the best part of two weeks. The weather brightened up as I left work, but on arriving in Wick it was a mixture of thick fog and sunny patches. I love taking pictures of things shrouded in fog, so I headed down to the shore and took a few photos of one of my most favourite subjects, the old Lifeboat shed, as it was disappearing into the haze. This shot is possibly now one of my all time favourites.

On the same walk, I took a few long exposure shots of Stevenson’s Breakwater, or what’s left of it! I’ll revisit that on a day where the light is more predictable. Very long exposures and the unpredictable, fluctuating light don’t mix.

Saturday was an odd day. Kirsty had a nasty cold and we had a disturbed night of sleep. I woke up at 06:30 and couldn’t get back to sleep, so I got up and edited some of yesterday’s images with a cup of coffee at hand. We did go for a walk to the South Head and climbed down the back of the big stack. I took a few shots from a small outcrop of rocks, nothing special, but I felt too tired to be too fussy.

I also had a surprise, my pal Douglas Cowie (Cowie Photo) dropped off a lovely bottle of Rioja, thanks Douglas!

Sunday, and what a miserable Sunday! Blanket cloud and driech into the bargain. I went out with the Fujifilm X10 and quickly took a shot down at the sideshows. It has been nice having next-to-nothing in terms of alcohol after both a wedding dance and County Show the weekend before, just a pity Kirsty is full of the cold… never mind, next weekend is never too far away even if it seems like it on a Sunday afternoon. 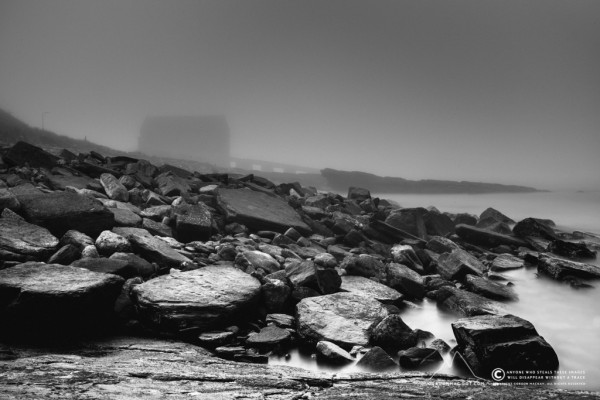 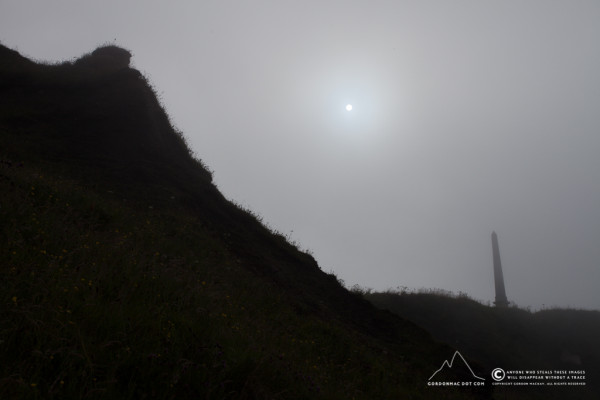 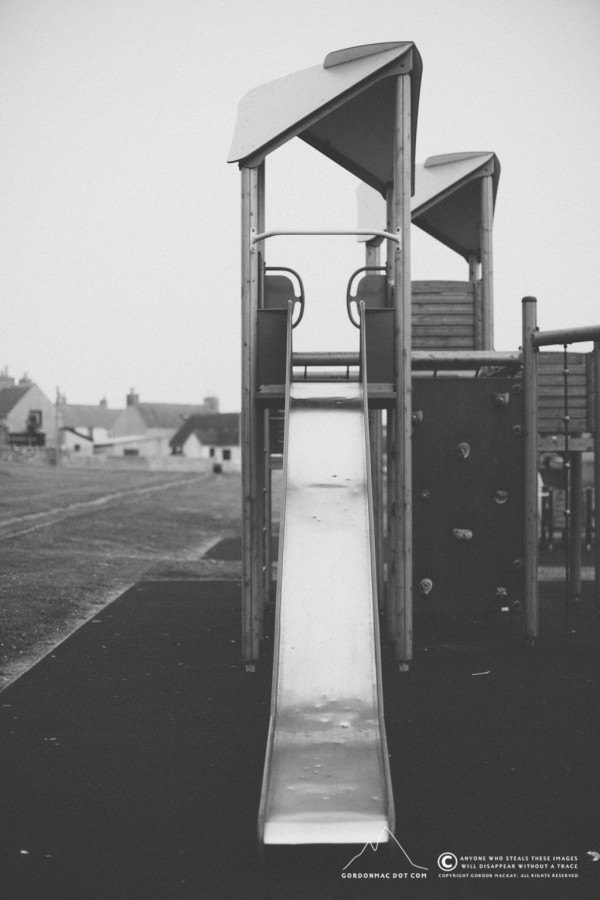 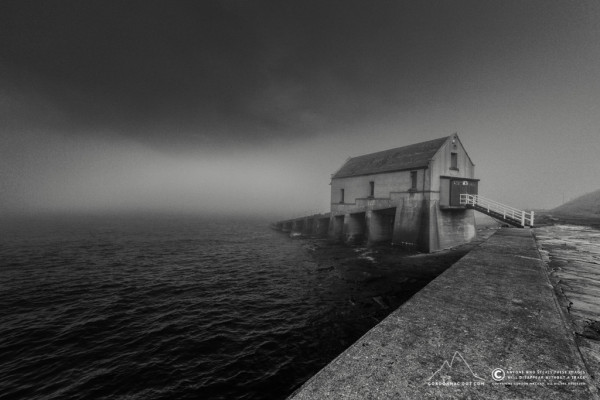 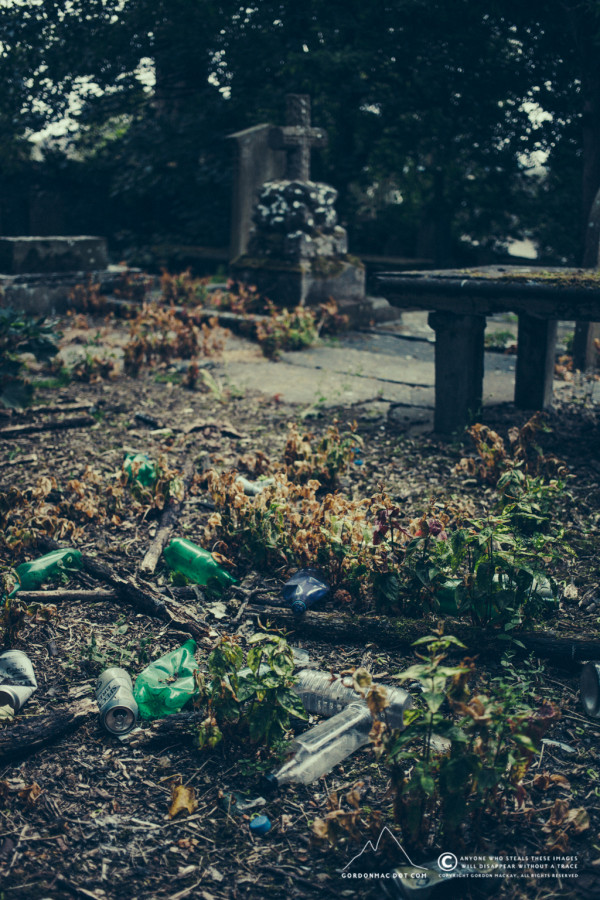 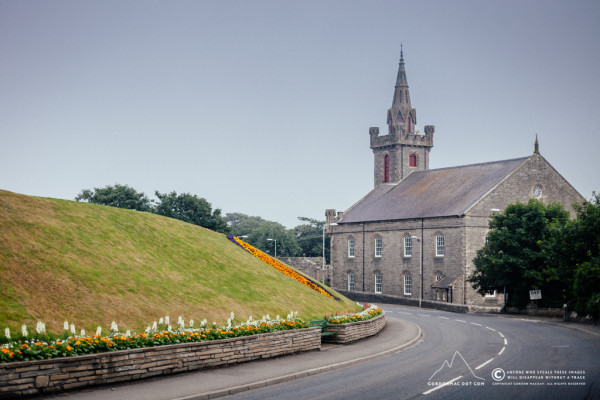 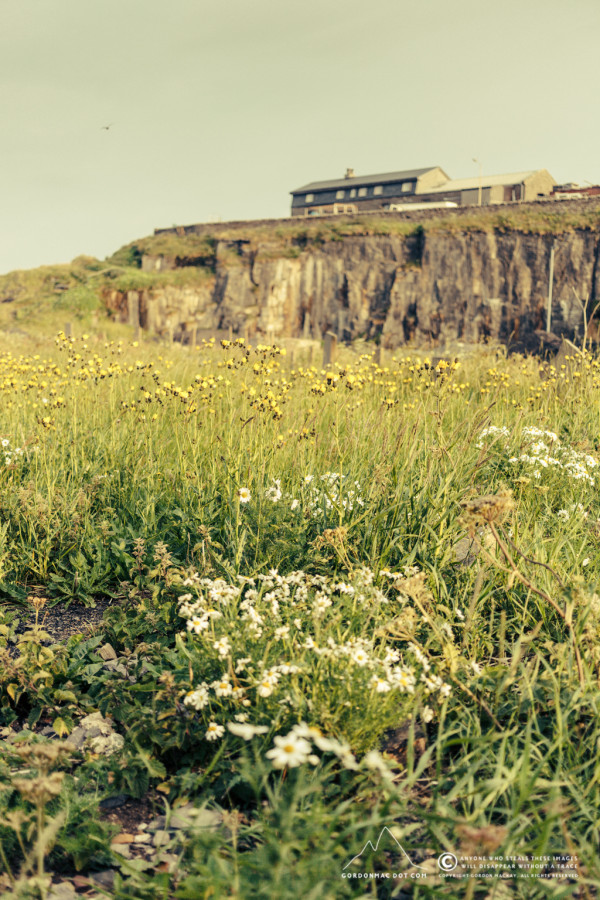 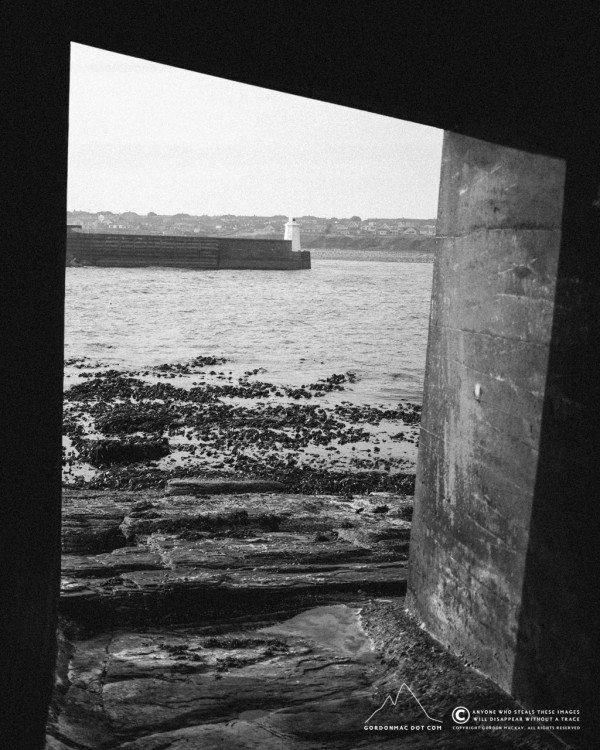 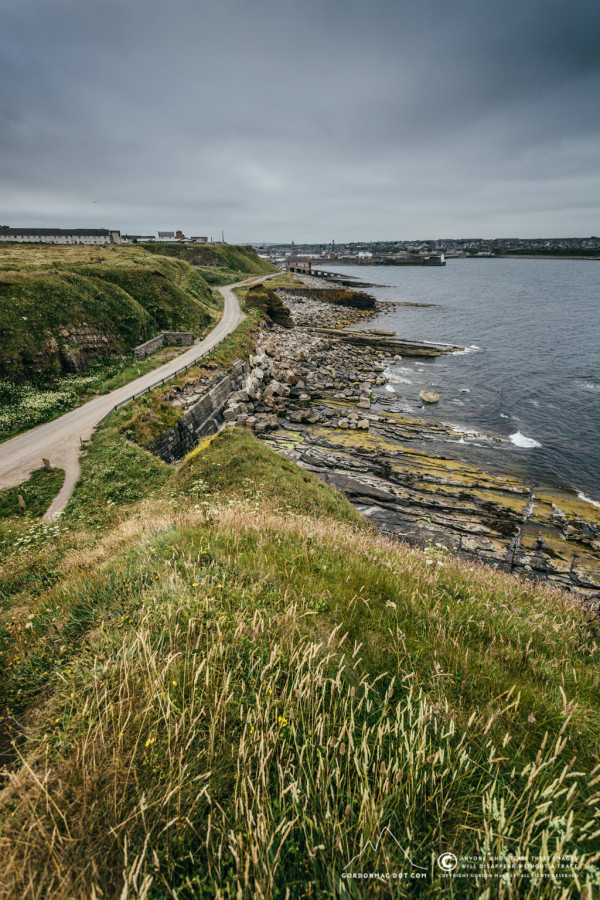 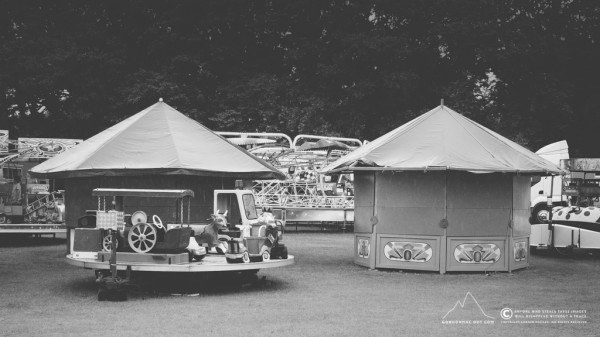 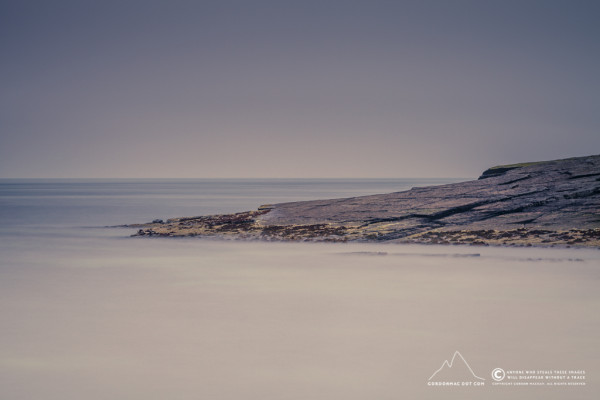 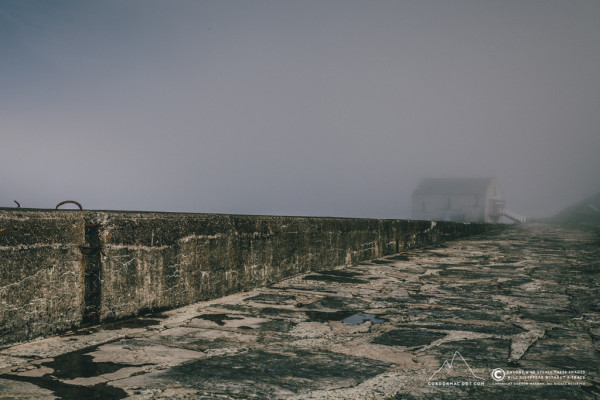 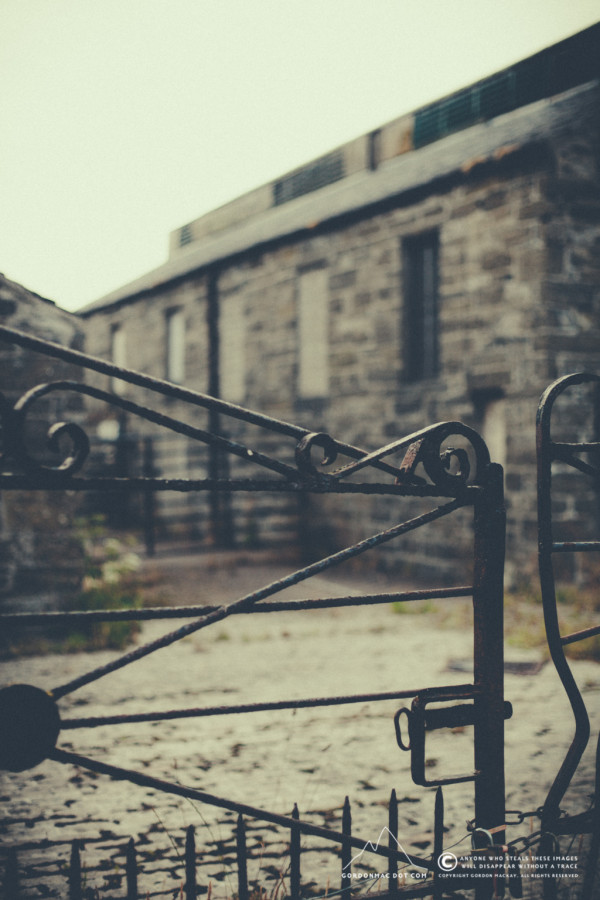 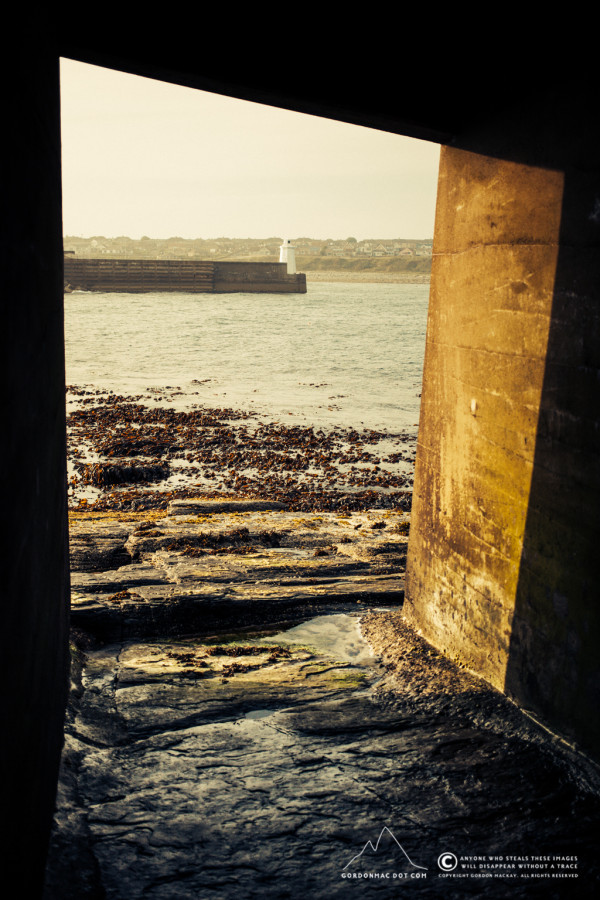 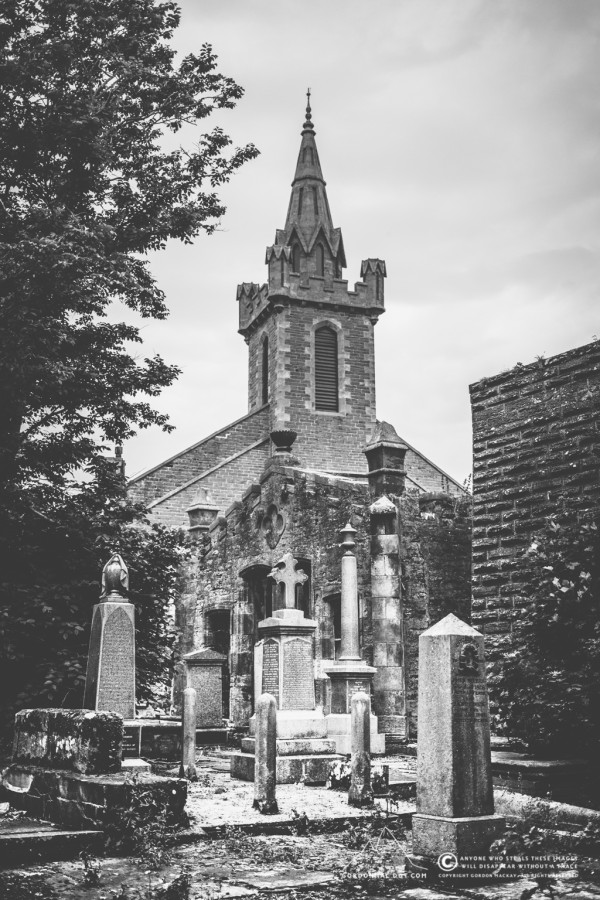